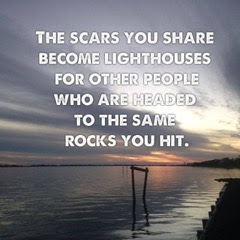 On a whim I posted the following comment-
I am 29 years old and I was diagnosed with attachment disorder at 10 months of age. My birth mother was a drug addict who eventually committed suicide shorty after I met her in my teens. I had a biological brother whom was murdered at the age of 19 three minutes from my school. My parents broke my bones, burned me with cigarets and damaged my pancreas to the point I ended up with type 1 diabetes- a life long condition- but nothing compared to the emotional abandonment. As an infant I could not attach to anyone or anything- I would stiffen up if held never knowing if touch meant comfort or harm. As a child I engaged in self harming behaviours and had suicidal thoughts as young as 5 years of age. I spent time in many foster homes, I cried alone at night wishing my mother would come back for me- no matter how old I grew no one could ever convince me to stop searching for her- and finding her was my first step to realizing she was not the fantasy mother I had built up in my dreams. At 14 I became addicted to prescription pills. It stopped the pain just for a bit. It was a prescription given to me by a psychiatrist to help me sleep- at that time I was also diagnosed with traits of Borderline Personality Disorder. I believe the BPD was developed due to the underlying attachment difficulties- my style of attachment was ambivalent which is common in very abused children. I stole food and his it in my room in case one day my needs were not met- I hoarded my medications like insulin in case one day no one cared enough to help me get it. I believed in no one- I went through 16 therapists- then I became pregnant at 24 with a daughter- her birth, her growth it triggered a lot of my self esteem issues and I believed I was not a good enough mother- in fact I was more loving, attentive and in tune with this child then most people ever get to experience. Due to my mental health the children's aid was called and due to the fact that I had a 24 year history with them my child was taken and I did not fight but instead signed her over for adoption to my then adopted sisters who is 14 years my senior-I believed a good looking husband, money, a big house and a brother would be all my daughter needed- until at 5 she was also diagnosed with attachment disorder-although she had never suffered any abuse- losing me as her mother emotionally wounded her on ways my "family" did not understand. They blamed me for her issues and I was removed from knowing anything about her. 5 years later I fell in love with a man and we conceived a son- he was apprehended at birth due to my mental health issues. This time I fought-
It took me a 17th try at a therapist and a lot of hard work but I eventually started to implicate the skills of a therapy known as DBT or dialectical behavioural therapy. It is difficult to receive and waiting times in my area were approximately 5 years. This therapy provided me with a person to page 24/7, a weekly 2 hour skills group and individual therapy. During my treatment my sons father whom I was engaged to left me 18 weeks pregnant due to believing I was drinking or using drugs during my pregnancy. I was left feeling abandoned and afraid- but I did have my therapist who kept drilling the dbt skills into my head- validating my feelings proved to be more Important then anyone could ever realize.
As I write this I am finished my treatment- I am also finished with the Children's Aid Society after beating them in court. I am also with my sons father- and I am still in very close contact with the person who helped me the most on my journey- my therapist-
As both a person who has suffered with the pain of the disorder and a parent of a child who has it I would like to acknowledge the many parents out there struggling to find services for their families- you are not alone- there are things you can do in the mean time. Firstly remember you need to take care of yourself- if you are not healthy, your child cannot be helped as well. Take time to do self care and replenish. Secondly always question how important is it? If your child is stealing food and this is a bother to you remember to question why your child may be exhibiting this behaviour- perhaps your child still believes his or her needs will never be fully met. Imagine the pain of living a life thinking this. It is not a matter of logic- it is a matter of what this child has experienced- neglect, trauma and abuse can lead anyone to a painful existence. Most importantly my message to you is that it can get better- that 6 year old child having a tantrum on your floor may very well become an empathetic adult who helps other that suffer. Teach your kids empathy by showing it- empathy isn't an excuse for bad behaviour and surely teaching a child that actions have consequences is a great idea but remember that good behaviours also cause an affect and that is when you need to validate the most- I wish each of you struggling an amazing start to a new year and hopefully peace of mind knowing things can get better-

Within hours I had hundreds of responses from parents all over the world. Real people telling me I had provided them with something they had been seeking. I had mothers in tears messaging me, I had people telling me that because of my post they were going to hold their children that night and practice more empathy and validation. If my post were to reach only one person that would have been well worth my time. Instead I had book offers and news interviews lined up with only days.

There were some difficult times after the post. Stories of children who had witnesses their mothers raped and murdered only to end up in the system, currently failing families. Other times the stories were touching and inspirational, there was no part of me that could hold back after hearing how a simple post could provide such comfort to so many people.

The questions were as endless as the comments, "Kayla may I re-post this as I know someone this could really help?". It made me realize that some who suffer from RAD are not as articulate or candid as I am now willing to be, and that ability I have can help bridge the gap between the ones who suffer both with the disorder and the loved ones equally involved.

This blog is for you, to ask your questions, to offer your comments and opinions openly and without judgement. So may my scars be the lighthouse that leads you away from the same rocks I've already hit.

Posted by Attachment Disorder (Kayla) at 21:02